Just this past weekend a dramatic conflict occurred out of the many years of drama between the families of FCA. As many people know Family 1 and 4 have always worked hard to be seen as the most fun families in FCA. Family 1 provides an unlimited supply of bananas for its members at their family clubhouse. Family 4 provides t-shirts, hoodies, and Bobby Flay Signature Series Fournicorn Skillets© for their young members, also referred to as “stallions”. These perks created jealousy in the head kuyas and ates from the remaining families and after years of buildup they put in their plan of attack. What the other families weren’t expecting was the backlash they would face in their attack.

Families 2, 3, 5, and 6 gave a formal declaration of war at the last FCA general body meeting. Witnesses say Danny Chiang of Family 6 grabbed the microphone at the front of the room and said “If any of you privileged cowards from fam 1 and 4 want to settle this beef then see us on the dark side of town tomorrow night in the Shadowland!” Danny then ran off presumably to begin his strict training regime for the war: 3×5 getting girls numbers, 2×3 Netflix and chill, and a one rep max of how fast he can get a date from a girl in his yoga class.

Things were heated after the announcement of war as a lot of trash talking was being thrown. Back and forth insults about snakes, fournicorns, bananas, etc got so loud that GBM had to end early so that any more damage to the GBM room wouldn’t occur. Eric Flores had to intervene because he was worried that his pancake funds were going to be used to pay for the room repairs. With GBM ending early, the families left into the moonlight to train all night for the coming day of war at Shadowland.

On the day of war, all the families prepared and met up at the battlefields of Shadowland. Family 1 and 4 arrived with a banner with a giant fournicorn with bananas as horn. The other families also had a banner of all their Family mascots on the banner. This one was a snake with a knife in its mouth riding a llama that was on fire. Children with the parents were around questioning what was on the banners. “Don’t look Jimmy, those kids are just crazy filipinos that have nothing else to do on a Saturday night”, one of the Moms said. 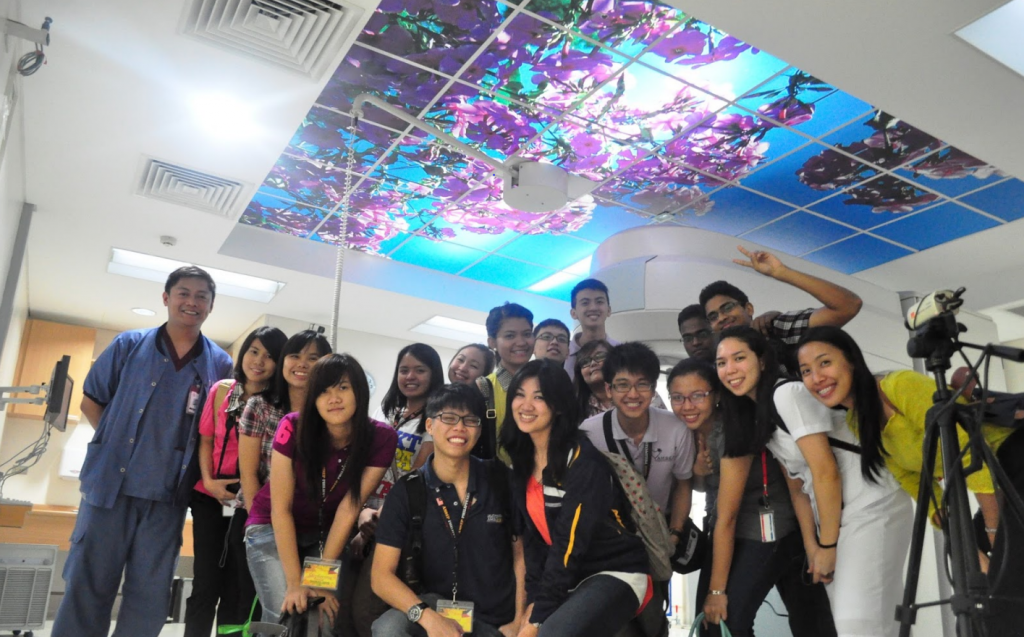 Everybody got strapped into the packs and picked up their laser guns. There was a rush into to battlefield as everybody wanted to find a good position to start. Once the packs started the light up, all hell broke loose. Sounds of lasers being echoed throughout the battleground and screams of, “I’m tagged!!!” were piercing through people’s ears. The were many reports of dropshots, some people were punching at close range, and there were even sights of 360 no scopes! The battle was so intense that Chris Reyes’s pack stopped working. He said that it was so sudden that he had to run and get a new pack but he picked up a pack of the other team. It was quite the betrayal!

The match ended with Family 1 and 4 being on top. How did the fun and loving families of Fam 1 and 4 beat the fierce and cutthroat families of 2,3,5, and 6? We have some people from each family to talk about their experiences on the battlefield:

“I brought out my inner Eric Flores and dominated everybody! Once I transformed into my final form, The Tanimal, it was game over for my enemies.” – Josh Tan

“What you mean we lost! I kept getting headshots!” – Peter Cheung

“My blood was pumping the entire time, I remember jumping off the top of the tower and doing a cool backflip.” – Ryan Umagat

“I guess it was fun.” – Christine Bersabal

The battle was the greatest in FCA’s history and it stands as an example of what can happen if drama amongst members builds up. It has served as a PSA to all members that we must learn to get along and be kind to one another. After the war was over a treaty was signed between the families. Family 1 & 4 agreed to stop flaunting their family’s perks as much and the other families agreed to never declare war for another 2 years after which the treaty would expire and the possibility for war will arise again. We hope to never see that day, but it is up to our new members to make sure of that.